I got the opportunity to visit Jerry’s Berries yesterday, and had a delightful visit with Jerry himself. He and his wife Glenda have been operating the raspberry farm since they took it over from Glenda’s parents in 2008. On this particular day, the sky was blue, there were birds chirping and a breeze blowing. You couldn’t imagine a more picturesque atmosphere for the rows and rows of raspberries. 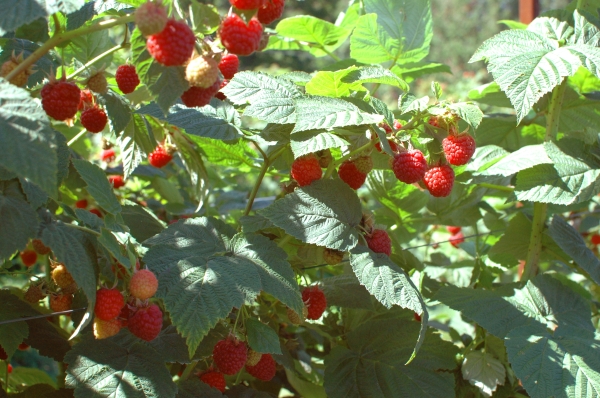 According to Jerry, this week is PRIME TIME for raspberries. There’s only a week left (maybe 8-10 days if we’re lucky), so he wants you to know that if you’re interested in picking your own raspberries, now is the time to get out there! 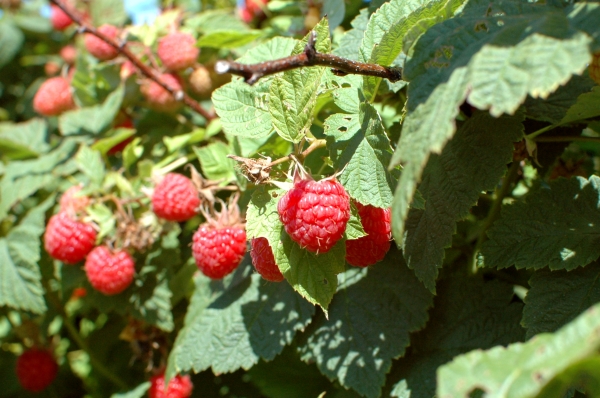 The berries are plump, a gorgeous deep red, and basically falling off the bushes. It took only three minutes to fill up a whole pint! 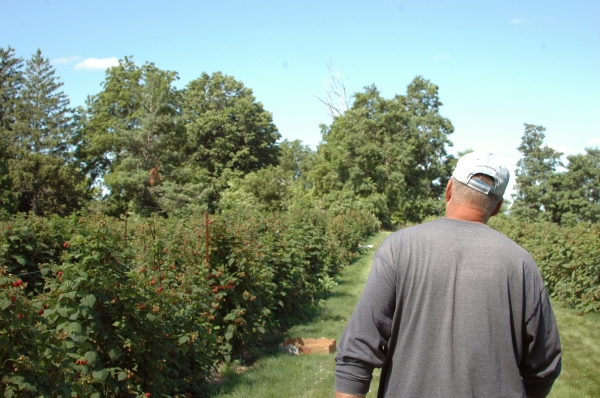 Jerry filled me in on so many great details about the farm. He told me about how the land actually belonged to his in-laws, but when he and his wife took over the farm they transferred to land ownership to  different house, just around the corner. So now the raspberries are in his backyard instead of someone else’s! He talked about the fact that they only use local hands to pick the berries, and expressed pride at being able to provide jobs to people in the Copetown area. 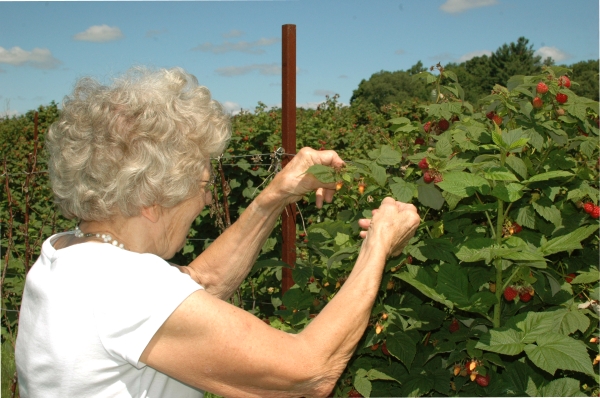 I met Jerry’s mother-in-law, Dia, who was the original owner of the raspberry farm with her husband Nick. Dia, at age 80, was picking up a storm with a basket tied onto her belt. She told me stories of the good old days, when berry picking was the norm, and people made it part of their regular seasonal activity. Church groups and community groups would show up in vans packed with people every week, and take home hundreds of baskets. Now it seems to be more of a novelty activity for most people (a “dying art”, in her words). The good news? Things are changing! Slowly but surely local farms are making a comeback, and we shared an encouraging conversation about the resurgence of the slow food movement, specifically in  jam making and preserving. 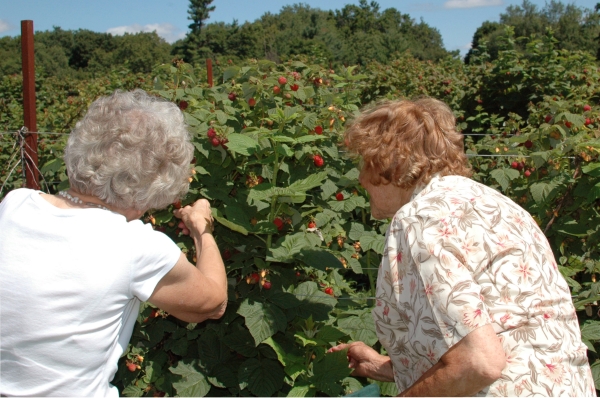 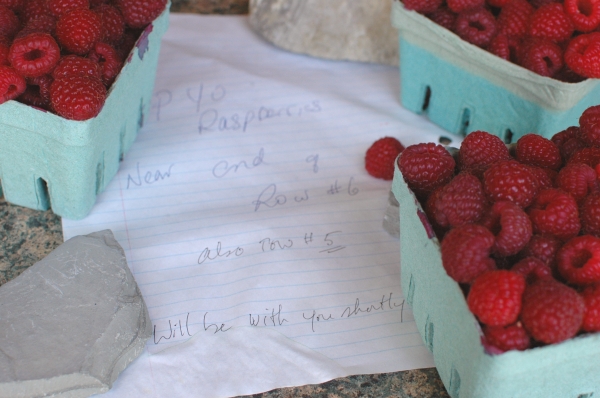 Dia and Jerry told me that one of the most exciting moments this season for Jerry’s Berries was last weekend’s Farm Crawl. Despite some iffy weather, at one point they had over 100 people in the fields picking raspberries. Jerry told me he meant to take a photo, but was too busy – and that pretty much sums it up. In the time that I was at the farm, I saw Jerry help customers, check his fields, mow the grass, stack the berry crates for transport; all while giving me a tour and telling me the story of his farm and prepping to bring the berries to market. It’s the beauty and the challenge of the local farm, and visiting a family-owned business like Jerry’s Berries really drives home the importance of supporting our local farmers. 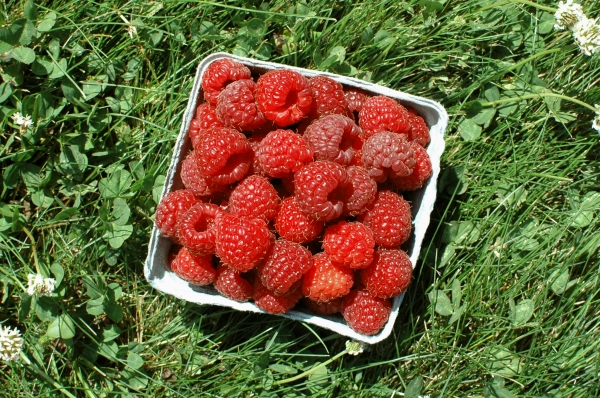 If you’re look for a simple way to support and enjoy Jerry’s Berries we’ve stocked up at The Mustard Seed, but in addition to purchasing them at the co-op let me encourage you to head out to the farm this week and pick your own! It’s only about 20 minutes from downtown Hamilton, and they’ve got a great special this week that you can take advantage of: if you pick 6 pints of raspberries, you get your 7th free!

A final note from Jerry and Glenda…I wondered if they still love raspberries after all this time, and how often they enjoyed them. Their answer? Every single day. Glenda uses them for baking, smoothies, and has them over her yogurt every morning. Jerry’s favorite is whipped cream with (in his words) “a ton of raspberries”.